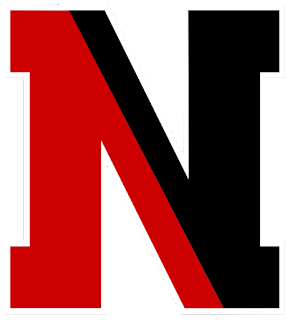 Fresh off their first victory of the season the #18 Quinnipiac University Bobcats head back to Boston, Massachusetts for the second time in three weeks this time to take on the #16 Northeastern Huskies in a two game series that begins Friday night at Matthews Arena. Both teams have played three games thus far but Quinnipiac has played far tougher competition (Boston College, Boston University, Vermont) than Northeastern has (Sacred Heart and RIT). Quinnipiac comes into this game 1-1-1 while the Huskies are 2-0-1. These teams met a season ago for a pair of games in Hamden with the teams tying 2-2 and Quinnipiac winning 5-2. All time Quinnipiac is 3-1-2 against the Northeastern Huskies.

Most teams would take a step back offensively after losing a Hobey Baker finalist in Zach Aston-Reese (63 points) and John Stevens (28 points) but not Northeastern. They have a stable of high scoring forwards including returning two players that each had over 50 points in Dylan Sikura and Adam Gaudette both of whom are off to hot starts. Add in freshman Zach Solow who already has 7 points (3 goals, 4 assists) along with sophomores Matt Filipe (5 points) and Grant Jozefek (4 points) and you have a Northeastern team that is very difficult to handle up front. A year ago this was the second best power play in the country at almost 28%. This year they are just a shade over 21% but that number should increase with the talent they have. The key for Quinnipiac is stay disciplined and out of the penalty box to avoid as many Northeastern power plays as possible.

If there is a weakness with Northeastern its probably on the back end. While they provide offensive support for the forwards notably Garrett Cockerill, Ryan Shea and Jeremy Davies they are susceptible to gap control, speed as a unit and overall ability to stop the rush through the neutral as highlighted in our Q&A with the Northeastern Hockey Blog. This is an area where Quinnipiac could excel at using their speed to outwork Northeastern in the neutral zone to create scoring opportunities against this Northeastern defense.

Ryan Ruck has been the starter for the past two seasons but that is almost surely going to change this year with prized freshman Cayden Primeau, a 7th round draft pick of the Montreal Canadiens manning the pipes. Primeau is the son of 15-year NHL veteran Keith Primeau. The younger Primeau has already seen action in two games for Northeastern and clearly has looked to be the better goaltender with a 1.45 goals against average and a .933 save percentage compared to a 3.00 goals against average and a .864 save percentage for Ruck. While the two may split the duties this weekend it is only a matter of time before Primeau seizes the job full time for Northeastern as he has more talent and upside than Ruck.

This will wrap up the early portion of Quinnipiac's non conference schedule before they head into ECAC play for the next six games. The weekend slate against Northeastern will no doubt have pairwise implications as these are two teams that could easily be jockeying for an NCAA tournament berth come March.