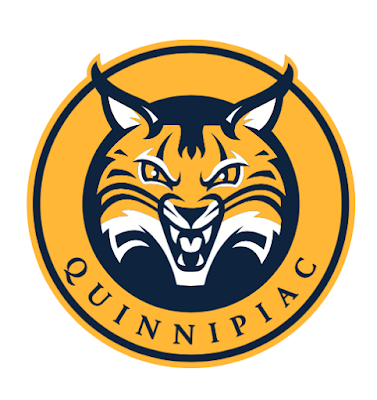 Today on the BobcatsHockeyBlog we look at our projected 2nd place ECAC finisher, the Quinnipiac University Bobcats who finished 5th a season ago in the ECAC standings.

Despite winning 23 games and reaching Lake Placid for the 5th straight year, some would call last year a down season in Hamden as the Bobcats missed the NCAA tournament for the first time since the 2011-12 season. Expectations the past few years have been raised in part due to two Frozen Four appearances so a season without an NCAA berth almost surely left a sour taste in the mouth of the players and the coaching staff. The team welcomes 12 new faces including two transfers that become eligible this season.

The Bobcats offense had a Jekyll and Hyde feel to it last season as they couldn't build consistency at times.  Quinnipiac averaged just a shade over three goals per game which was down from 3.79 when they went to the Frozen Four in 2016. Part of why that number was down was the fact they got cleaned out with players departing early (Anas, Toews) along with graduating players. Quinnipiac returns some important forwards in Landon Smith, Tanner MacMaster, Bo Pieper, Craig Martin, Thomas Aldworth and Alex Whelan up front. Nick Jermain showed flashes of great skill and will also be looked upon to take the next step. Six new forwards join the team with the most prominent being Matt Forchuk who led the AJHL in scoring with 97 points and Odeen Tufto who had 48 points in a tough USHL. Three New England born forwards also come aboard in Matt Creamer (RI), Devin Moore (NH) and D.J. Petruzzelli (MA) while the Bobcats bring in their first ever recruit from Finland in Dan Nybondas. The team will have to improve upon its power play which struggled at times a season ago after being one of the better ones in the country two years ago. In the exhibition opener the Bobcats were killed in the face-off circle so that will bear watching as the season takes shape.

The strength of the Bobcats will be on the blue line as they return a lot of talent including captain Chase Priskie (26 points), Karlis Cukste (15 points), Brogan Rafferty (24 points) and Kevin McKernan (14 points). Luke Shiplo is a defenseman by trade but is playing forward now but has the ability to swing back and forth which is a valuable weapon. Transfers Brandon Fortunato (BU) and John Furgele (UNH) join the team after sitting out a season ago. Fortunato is a player with a lot of talent that was pretty much shoved out the door at BU when they brought in a boat load of talented draft picks on defense. He will give the Bobcats someone who can quarterback a power play and bring some much needed offense from the blue line. Furgele has 73 games of experience in the Hockey East and brings depth and stability on the blue line. Freshman Joe O'Connor and T.J. Brown round out the defensive corps.

Quinnipiac is expected to have one of the strongest goal-tending tandems in the country with sophomore Andrew Shortridge and freshman Keith Petruzzelli who is a 2017 3rd round pick of the Detroit Red Wings. Petruzzelli is the highest incoming freshman NHL draft pick in Quinnipiac history while Shortridge was great down the stretch for Quinnipiac a season ago helping to lead the Bobcats to Lake Placid. He finished 13-7 with a 2.08 goals against average and a .920 save percentage. Petruzzelli comes in with a lot of hype and upside so it will battle between the two for starts. I'd can see coach Pecknold going back and forth between the two for the first month or so of the season to see who takes off and gets hot. Freshman Josh Mayanja was a late add to the recruiting class in August when Chris Truehl departed for a professional contract.

This team has high expectations of returning to the NCAA tournament after a one year absence. They will need contributions of some of the new freshman along with some of the veteran players to elevate their game further. If the offense can return close to what it was two seasons ago then this team can make a deep NCAA tournament run and possibly reach St. Paul. As always the team will need health and some luck along the way but all the pieces are in place to have another great season in Hamden.