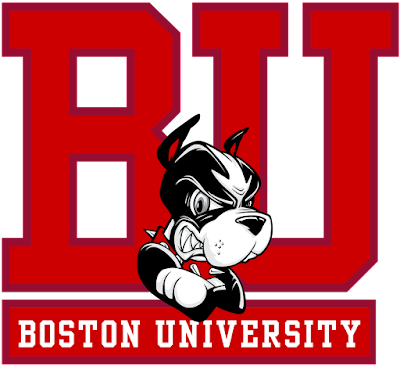 The Quinnipiac Bobcats men's ice hockey team opens its home schedule with a match-up with the 2nd ranked Boston University Terriers. This is the third consecutive season these two programs have met with Boston University winning both match-ups, the most recent a 3-0 victory at Agganis Arena a season ago. Expect this Boston University team to be one of the best in the country this year with the amount of high end talent this team brought in. On paper this team should end up in St. Paul at the Frozen Four but as we know games are not played on paper but on the ice. This team will have to earn it this season after coming up a game short of the Frozen Four a season ago in the region of death in Fargo. No program has the amount of high end talent the Terriers do so this will be an enormous challenge for Quinnipiac in this game.

Out go Clayton Keller, Jacob Forsbaca Karlsson and Kieffer Bellows, in comes Brady Tkachuk, Shane Bowers and Logan Cockerill. The talent just keeps flowing into Commonwealth Avenue in droves and this year is no different. Boston University returns three of its top five scorers in Patrick Harper (37 points), Bobo Carpenter (32 points) and Jordan Greenway (31 points) along with adding 1st round draft pick Shane Bowers and likely 2018 top-five NHL draft pick Brady Tkachuk the son of former Terrier great Keith Tkachuk. Scoring will not be an issue with the Terriers this season when they have the amount of elite talent up front that they do. They already scored four goals on opening weekend in a win over Union with two of them coming by way of the power play which should be once again one of the best in the country.

No team in the country has the amount of talent that BU has on the blue line. The Terriers have seven draft picks with all of them drafted in the third round or higher. First round pick Dante Fabbro is the most talented player of that bunch. Everyone of their starting defenseman is over six feet in height. Other top returning blue liners include Brandon Hickey (3rd round, Calgary), Chad Krys (2nd round, Chicago) and John MacLeod (2nd round, Tampa Bay). They also brought in three more high end talents in freshman Cam Crotty (3rd round, Arizona), David Farrance (3rd round, Nashville) and Kasper Kotkansalo (3rd round, Detroit). This team has no problem dressing seven defenseman as they already did in the Union game this year. That will help keep them fresh throughout the game. There is no denying the fact that BU has the talent to win most games with just its defense.

Throw in 2017 1st round pick Jake Oettinger in goal and the Terriers have someone who can pick up the defense should they struggle at any point. The 6'4 205 pound Oettinger was great down the stretch a season ago for BU and had a memorable performance against North Dakota in the NCAA regional semifinals in Fargo back in March. He will carry the load for the Terriers like he did a season ago when he played 35 games.

This will be a big challenge for Quinnipiac in their home opener and will need to play a clean, crisp game and get some puck luck along the way. This is a great test early in the season to see where Quinnipiac stands against one of the best teams in the country according to many.