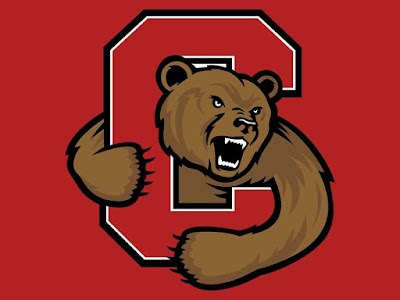 Today on the BobcatsHockeyBlog we look at our projected 3rd place ECAC finisher, the Cornell Big Red who are coming off an 3rd place finish in the ECAC a season ago. Zach Silver of the Cornell Daily Sun who covers Cornell men's ice hockey was gratuitous enough to write a guest preview for the BobcatsHockeyBlog on Big Red this season. You can follow Zach on twitter @ZachSilver.

NCAA Tournament: Lost in NCAA First Round to UMass Lowell 5-0

With hardly any home games during the first half of the season, in addition to numerous injuries to key players along the way, Cornell, by and large, far exceeded any expectations set out for its 2016-17 campaign. After being selected to finish fifth and sixth in the media and coaches’ poll, respectively, Cornell ended its regular season third in the ECAC, advancing to both the ECAC championship game against Harvard and the first round of the NCAA tournament.

Even though Cornell will have to replace eight seniors this year — almost all of whom were major contributors at their positions — the team can rest assured knowing it returns its top three goal-scorers from 2016-17. Mitch Vanderlaan — who led the team in both goals and points last season — will look to build upon his stellar sophomore year along with classmate Anthony Angello, who started slow but scored seven of his eight goals last year in the team’s final 14 games. Now-senior Trevor Yates was a power play machine with eight of his 12 goals last year coming on the man-advantage.

The Big Red’s offense will be bolstered by welcoming five incoming freshmen to the attack, including Morgan Barron, who was drafted in the sixth round of this year’s NHL draft by the New York Rangers. Head coach Mike Schafer has made clear his intent to switch from the traditional mark of the Cornell program — large in size and an overpowering stature — to a roster built on speed and shiftiness. This year’s freshmen class is evident of that evolution.

Meanwhile, the loss of Patrick McCarron to graduation is significant on the defense, but the Big Red can breathe knowing essentially the entirety of the defensive corps returns. Headlined by reigning All-Ivy first-team selection Yanni Kaldis, the blue line also welcomes back the always-solid Alec McCrea, along with Brendan Smith and Matt Nuttle for their junior seasons. The latter two really emerged last year as dependable nightly blueliners, though Smith had to sit out the postseason after sustaining an injury in the regular season finale. As if that amount of return was not enough, Ryan Bliss, who played top-four minutes his sophomore year before missing out on all of 2016-17 due to injury, returns to the program.

Three freshmen defensemen will compete for spots in the lineup, headlined by Edmonton Oilers draft pick Matt Cairns. With the addition of Barron and Cairns, Cornell’s draft pick total rises to six.

Goalie appears to be the one question mark for the Big Red as the season approaches. Hayden Stewart is the only returning goaltender after the graduation of Mitch Gillam and Ryan Coon. Stewart, now a senior, has only 15 games of collegiate experience since Gillam was the steadfast starter the past several years. The team welcomes two freshmen goalies into the mix — Austin McGrath and Matthew Galajda — and it’s unclear who will get the starting nod come opening night.

Cornell will be an interesting case to follow over the course of the year. Expectations are much higher this year than last, but how the team performs after losing a valuable senior class, especially at the goalie position, will be critical. But with so much talent returning, many of whom now have deeper postseason experience, it’s not hard to imagine at least a return to the NCAA tournament for the Big Red in 2017-18.