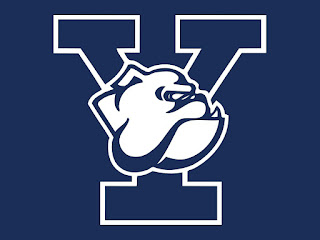 Quinnipiac got back into the win column with their first conference win of the season in a 5-0 win Friday night against the Brown Bears. Now comes the Heroes Hat game against their Whitney Avenue rival, the Yale Bulldogs who are 3-4 on the season. Quinnipiac moved up to 11th place in the ECAC with its win Friday night. The hope is that the Bobcats can build off of what they accomplished against Brown and use to going into the Yale game and beyond. With students on Thanksgiving break it might not have the buzz of previous past Yale games due to the holiday break and for the fact that both teams are having poor starts the season. It is still an important game and one that Quinnipiac always circles on its calendar.

The Yale offense has been Jekyll and Hyde so far this season looking great in three wins but non existent in three losses this season until Friday's night 5-4 loss to Princeton. Averaging 3.29 goals per game they are led by junior Joe Snively who is off to a hot start with 5 goals in seven games and senior Ryan Hitchcock who has 7 points (2 goals, 5 assists). Freshman Dante Palecco has begun his collegiate career strong with 6 points (4 goals, 2 assists) in 7 games while the Smith twins of Evan and Mitchell have 5 points apiece. Junior Ted Hart and Yale's lone forward draft pick Luke Stevens are both off to slow starts with 3 points apiece. The Yale power play has been by far the worst in the country this season at 5.88% (2-of-34) while the Quinnipiac penalty kill is starting to show improvement at 78% (32-of-41) along with going 4 for 4 against Brown on Friday night. The key for Quinnipiac is shutting down the Snively-Hitchcock-Palecco line as they have been Yale's three best players this season. Having the last change against those three will give the Quinnipiac coaching staff the ability to match up defensively against that line in critical situations and defensive zone draws.

Yale's defense also has been a bit Jekyll and Hyde this season as it has struggled in its losses giving up 16 goals. For the season they are giving up 3 goals per game. The Bulldogs have some really solid players on the blue line in freshman Phil Kemp (3 points, plus 5) and sophomore Billy Sweezey (5 assists, plus 1). Anthony Walsh (plus 4) and Adam Larkin (plus 3) have also looked solid at times on the blue line. They have definitely improved from where they were a season ago when they vastly struggled on the blue line. How far they will go will rest on if the defense can play a lot better than it has so far this season but the talent is there for improvement. Yale's penalty kill is a shade better than Quinnipiac's at 78.8% (26-of-33) while Quinnipiac power play has seen much improvement up to 21.21% (7-of-33).

Junior goaltender Sam Tucker has a sub .900 save percentage at .896 in 7 games played with a 2.74 goals against average. His best game was a 5-2 win over Harvard and he also beat both Brown and St. Lawrence. He has struggled in back to back games giving up 9 goals in total to Clarkson and Princeton though both of those teams have some of the best offensive talent in the ECAC this season. We will see if Quinnipiac can translate last's nights offensive success into a big night against Tucker.

A win over Yale will give the Quinnipiac some solid confidence as they head into Thanksgiving along with heading back into non conference play with a home and home series with UMass Amherst next weekend.