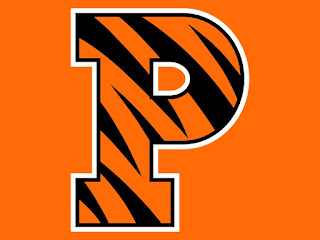 Quinnipiac is officially in a slump. For the third time in the last four weeks they finished a weekend getting swept. They have lost 6 of 8 games in November to fall to 5-7-1 on the season. The Bobcats have a short turnaround with an early week game against a talented Princeton team on Tuesday night at Hobey Baker Rink in Princeton, New Jersey. A year ago it was the Tigers who dominated in Quinnipiac in a sweep that essentially helped keep the Bobcats out of the NCAA tournament. Right now Quinnipiac is just fighting to possibly save its season from taking a down turn.

Princeton has one of the better offense's that Quinnipiac will see this year in the ECAC. They are averaging 3.22 goals per game and have some impressive forwards that can consistently find the back of the net. Quinnipiac will need to be able to contain the top line of Ryan Kuffner (10 points), Alex Riche (6 points) and Max Veronneau (11 points) in order to slow down the Tigers strength on offense. They also get strong production from Jackson Cressey (8 points) and Eric Robinson (8 points) along with senior David Hallisey (7 points). Special teams for Princeton are a strength with their power play second strongest among ECAC teams at 21.88% (7-of-32). Quinnipiac has had some defensive lapses recently that it must get cleaned up or Princeton is the type of team that will make them pay with the talent they have up front.

Defensively Princeton is ranked tied for 31st at 2.89 goals per game but that number is high due to a couple of bad games against good ECAC teams (Cornell and Union). Princeton's senior defensive pair of Matt Nelson and Joe Grabowski are the most experienced defenseman for the Tigers but so far a combined minus six. Josh Teves (8 points) and Matthew Thom form the second pair and combined they are a plus five on the season so far. Reid Yochim and Derek Topatigh make up the third pair and they have provided some offense to the Tigers from the blue line with 9 points combined. As I said earlier, Princeton has good special teams and that includes their penalty kill which is 8th best in the country at 87.5% (28-of-32). Quinnipiac has been struggling on offense only mustering 4 goals this past weekend against a young but talented UMass squad.

After seeing Colton Phinney man the pipes for the past four seasons, the Bobcats will see a new face in goal with freshman Ryan Ferland expected to get the nod for the Tigers. The 6'0 175 pound Franklin, Massachusetts native is off to a solid start with a 2.84 goals against average and a .918 save percentage along with a 4-3-1 record. He struggled a bit against two of the better teams in the ECAC (Cornell and Union) but has given the Tigers some stability back there in goal.

I think Princeton is going to give Quinnipiac everything they can handle tomorrow night. With the season sputtering on the verge of getting out of control, Quinnipiac needs a character win to build something off of because if the losses continue to mount up, the frustration possibly could start to set in up on York Hill in the second half of the season.