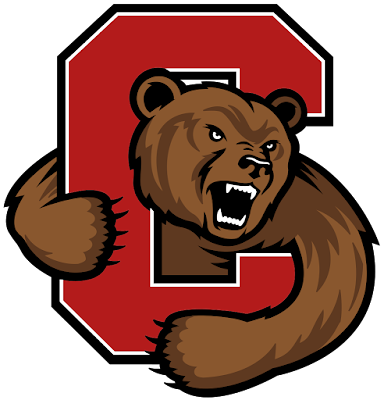 The #11/12 Quinnipiac Bobcats open ECAC play when they host the Cornell Big Red on Friday night followed by the Colgate Raiders on Saturday night. Quinnipiac had last weekend off to rest up for the start of conference play. Cornell comes in having opened their season with a home sweep of Alabama-Huntsville. The Bobcats are off to a 3-1-1 start having played all Hockey East teams to open the season. Quinnipiac's next six games are against ECAC opponents (Cornell, Colgate, RPI, Union, Brown and Yale) so they have the chance to get off a strong start in conference play but it starts with a tough match-up against a Cornell team that has become a big rival in the past five plus seasons with the teams having heated contests and multiple playoff series to boot (2016, 2013, 2011). There is a dislike on the Cornell side for Quinnipiac and I would bet the feeling is mutual on the Quinnipiac side as well.

Cornell returns its top three goal scorers from a team that scored 2.83 goals per game a season ago in Mitch Vanderlaan, Trevor Yates and Anthony Angello but they will need increased production from players like Jeff Malott, Beau Starrett and a handful of incoming freshman which should be able to surpass last years offensive output. The Big Red is off to a hot start offensively, averaging 4 goals per game after sweeping Alabama Huntsville which is impressive except the opponent they faced is not very good. What is impressive is the Big Red power play which is scoring at a 30% clip (4 of 13). Quinnipiac will likely be tested on their penalty killing, knowing that past games have been chippy and penalty infested contests.

The Cornell defense is expected to be a strength this season with All-Ivy first-team selection Yanni Kaldis and Alex McCrea manning the blue line along with juniors Brendan Smith and Matt Nuttle. A season ago they gave up only 2.31 goals per game which was tied for 9th best in the country and second among ECAC teams behind Harvard. The Big Red penalty kill is off to a strong start killing off every one of the 12 penalties that Alabama Huntsville had over the weekend. Zach Silver of the Cornell Daily Sun laid out his thoughts on the Cornell defense as a special guest writer for the Bobcats Hockey Blog with his preview of the Big Red a few weeks back.

Cornell started freshman Matthew Galajda in the first two games and he was strong on opening night with 28 saves in a 5-1 win while he was rarely tested the next night with an 11 save shutout. Expect him to start on Friday night against the Bobcats and expect that he will face a lot more shots than he did last Saturday against Alabama Huntsville. Galajda is only six feet tall but was very solid in his last BCHL season with the Victoria Grizzlies with a .926 save percentage in 40 regular season games along with a .932 save percentage in 16 playoff games. Cornell is looking for Galajda to pick up from his predecessors in Mitch Gillam and Andy Iles as being rocks in between the pipes for the Big Red.

Quinnipiac has had two weeks to prepare for Cornell so I'd be surprised if they came out flat on Friday night. A win against Cornell can set a tone for Quinnipiac with ECAC play just getting underway which they can use to carry throughout the season.