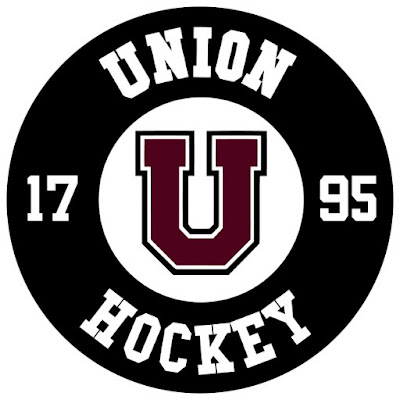 Today on the BobcatsHockeyBlog we look at the projected 8th place ECAC finisher, the Union Dutchmen who are coming off a 1st place tie in the ECAC with Harvard.

NCAA Tournament: Yes. Lost to Penn State 10-3 in 1st round

The Union Dutchmen returned to the NCAA tournament for the 1st time since the 2013-2014 campaign as they surprised by winning a share of the ECAC regular season title with Harvard. No team got cleaned out more this off season in the ECAC than Union as top forward Mike Vecchione and top defenseman Jeff Taylor graduated while two juniors left early for the pros as forward Spencer Foo signed with the Calgary Flames and defenseman Nick DeSimone signed a contract with the San Jose Sharks. On top of that goaltender Alex Sakellaropoulos graduated along with three other depth players on the roster.

Expect Union to have a drop off with the big names that have left as it is always tough to replace the teams top two scorers who combined for 125 points. In total Union has to replace 190 points along with 78 of the 143 goals the team scored a season ago. The Dutchmen still have some talent returning with a handful of juniors in forward Sebastian Vidmar (41 points), forward Brett Supinski (36 points), forward Cole Maier (25 points), Ryan Walker (16 points). Others expected to contribute are sophomore Luc Brown (15 points) and senior Ryan Scarfo (14 points). Union has a two talented freshman forwards who were drafted in Jack Adams (6th round, Detroit) and Parker Foo (5th round, Chicago). Both of these players put up great numbers with their junior programs a season ago and with be asked to pick up the slack for Vecchione and Foo. Also expect freshman Liam Morgan to contribute as he put up 67 points in the OJHL a year ago.

The challenge for Union will be on defense with the loss of Taylor, DeSimone and Matt Krug. They return sophomore Vas Kolias, senior J.C. Brassard and junior Greg Campbell who are the only defenseman to play over 30 game each. Sophomore Ben Newhouse played 22 games but there will be some youth and inexperience on the blue line that the Dutchmen must overcome if they want to have a successful season. Junior goaltender Jake Kupsky should be the favorite to take over for Sakellaropoulos. The 2015 7th round pick of the San Jose Sharks struggled in 9 games finishing with a 3.98 goals against average and a .878 save percentage. Those numbers will have to significantly improve if Union wants to be a major factor in the ECAC this season.

Expect the Dutchmen to play teams tough this season. They still have some talent on the roster and are well coached with Rick Bennett behind the bench. I picked them 8th as a conservative selection due to the talent loss but they do have the ability to surprise with the talent they return along with what they have coming in to finish higher than 8th. If the defense and goal-tending shape up well then watch out for this team in the second half of the season.

Posted by Jonathan Singer at 3:27 PM