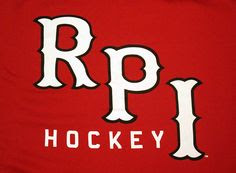 Today on the BobcatsHockeyBlog we look at the projected 10th place ECAC finisher, the RPI Engineers who are coming off a 11th place finish in the ECAC.

ECAC Tournament: Lost to Clarkson 2-0 in ECAC First Round

It is a new era in RPI hockey as former head coach Seth Appert was let go after the program suffered the worst season in the history of the program at 8-28-1. He has been replaced by former Canisius head coach Dave Smith which was a surprising and unexpected hire. Smith led Canisius to the Atlantic Hockey regular season title in his final year in Buffalo and had taken the Golden Griffins to one NCAA tournament appearance back in 2013 when they put a scare into Quinnipiac in the first round.

Expect the Engineers to play much harder under Dave Smith who is a solid coach. There is some returning talent to work with in junior forward Evan Tironese (28 points), sophomore forward Jacob Hayhurst (20 points), senior forward Viktor Liljegren (18 points) and senior defenseman Jared Wilson (17 points). RPI in fact returns 8 of their top 9 scorers from a year ago minus their top scorer Riley Bourbonnais who graduated. They will have seven freshman forwards headlined by Jaren Burke who had 53 points in the CCHL and Troy York who had 41 points in the NAHL. It's likely that the offense will take time to gel and it will take a few years for Smith and his assistants to bring more talented players up front for the Engineers.

Seven of the eight defenseman return from a season ago but combined those players were a minus 91. That has to change if the Engineers want to improve upon last years record. If it doesn't it could be a long season in Troy once again. Goaltender Chase Perry figures to get the bulk of the load in net with fellow net-minder Cam Hackett departing the program after being suspended last season. A 5th round draft pick in 2014 by the Detroit Red Wings, Perry finished the 2016-17 season 6-20-1 with a 3.35 goals against average and a .906 save percentage. I would expect those number to improve with the new coaching staff putting the Engineers players in better positions to succeed.

I wouldn't expect an immediate turnaround in Troy but if RPI can play harder and be a tough opponent this season, that should make the fans and alums in the Capital region excited for the future to come. RPI should start to see the fruit of Smith's labor within the next 3-4 seasons as he implements his style of play and the type of recruits he wants to bring in.

Posted by Jonathan Singer at 9:10 AM