With the junior hockey season officially coming to an end that means its also the official end of our In the Pipeline feature. It will return again in the fall presumably in October when the hockey season kicks off. I want to wish everyone a great summer and also a congratulations to the newest graduates of Quinnipiac University, the class of 2018. Best of luck in all your future en-devours. Here is the final In the Pipeline of the season so enjoy. 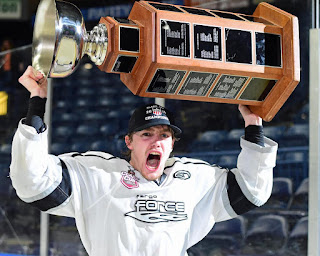 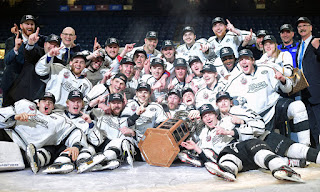 USHL commits
William Fallstrom capped his junior career with a Clark Cup championship for the Fargo Force. In four championship series games he logged one assist. He finished the season with 54 points (16 goals, 38 assists) in 72 games which includes the Clark Cup playoffs. Congrats William on the Clark Cup win and hope you get more hardware during your time in Hamden.

The season has come to a close for Nick Kent and his Wenatchee Wild as they fell in the 2018 RBC Cup semifinals to the Wellington Dukes. Kent was held scoreless in three games played. He finished the season with 2 assists in 47 games for the BCHL champions. He is expected to return to Wenatchee next season.

Posted by Jonathan Singer at 12:14 PM