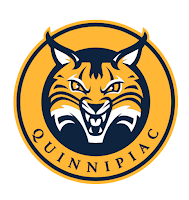 Three Quinnipiac men's ice hockey commits were selected over the weekend in the annual Quebec Major Junior Hockey League Draft. This draft features 2002 born players along with some 2001's in Eastern Canada and the New England states.

In the 8th round Southington, Connecticut native Victor Czerneckianair, a 2002 born left shot forward was selected by the Halifax Mooseheads. Czerneckianair is coming off a 75 point season for the U-15 Selects Academy team at South Kent.

The second Bobcat selected was Jacob Quillan in the 11th round by the Quebec Remparts. Quillan, a 2002 left shot center, is the younger brother of Colgate defenseman Nick Quillan and is coming off a 60 point season for the Steele Subaru Major Midgets team that won the NSMMHL championship.

In the 13th round, Ethan Phillips, a 2001 born forward was selected by his hometown Halifax Mooseheads. He played the last two season at the Selects Academy at South Kent and will be part of the U-18 South Kent team this coming season in his draft year. His family has been a billet family for the Mooseheads for a number of years.

None of the three are expected flight risks to the QMJHL at this point and the last Quinnipiac commit to head north of the border was Southbury, Connecticut native Chase Harwell who spent five mediocre years with Sherbrooke and Victoriaville before heading to Concordia University.

Posted by Jonathan Singer at 11:15 AM