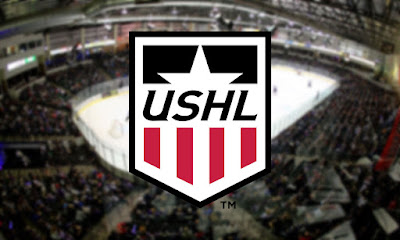 Four Quinnipiac commits were selected over the two day Phase I and Phase II USHL Draft that took place on Monday night and Tuesday. Two players were taken in the Phase I portion on Monday which features 2002 born prospects.

Jacob Quillan was selected in the 8th round with the 117th pick by the Cedar Rapids Rough Riders. A native of Dartmouth, Nova Scotia, Canada, Quillan played this season for the Steele Subaru Major Midgets where he had 67 points (20 goals, 47 assists) in 54 games played. I have heard rumblings he is likely to play prep hockey somewhere in New England next season. He is the younger brother of Colgate defenseman Nick Quillan.

One pick later Victor Czerneckianair had his name called by the Tri-City Storm with the 118th pick in the 8th round. I for one expected him to go within the first four to five rounds so Tri-City got nice value with this pick. Czerneckianair spent the past season with the Selects Academy at South Kent U-15 team where he had 76 points (34 goals, 42 assists) in 55 games. As of right now it is expected he will return to South Kent to play for the U-16 team next season.

In Phase II portion on Tuesday, Quinnipiac had two players selected in late 1999 born defenseman Cameron Boudreau and the newest commit 2000 born defenseman Artyom Borshyov. Boudreau was selected in the 4th round, 55th overall by the Chicago Steel. He most recently played for the Jr. Bruins (NCDC) where he put up 14 points (3 goals, 11 assists) in 48 games played. He is ranked the 189th for North American skaters on the NHL Central Scouting list. It's unknown if Boudreau will attempt to make Chicago next season at the teams training camp or return to the Jr. Bruins.

Borshyov, the newest Quinnipiac commit was selected in the 17th round, 266th overall by Tri-City. A native of Belarus, Borshyov played this past season for the Northern Cyclones (NCDC) where he had 30 points (6 goals, 24 assists) in 53 games played. He captained Belarus at the IIHF U-18 World Championships. Its not known at this time if Borshyov will try to make Tri-City at the teams training camp or return to the Northern Cyclones.