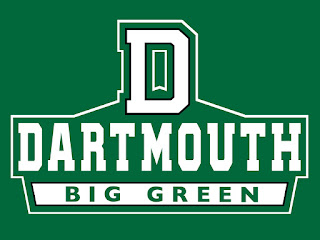 While the second semester has not started academically yet, the hockey part is in full swing. Quinnipiac opened the second half of the season with a 2-1 record last week with wins over UConn and Colgate and a 1-0 loss to Cornell. The Bobcats now head to Hanover, NH to face the Dartmouth Big Green who have played well of late with a 3-2-1 record in their last six games. That includes a road win against Denver, a tie against Minnesota Duluth and they also played Denver to a 1-0 loss as well. These two teams played to a 0-0 tie in Hamden back on December 2nd.

Half of the Dartmouth goals have been scored in the last six games so the offense seems to be heating up a bit. They potted five goals against Denver on the road and another six in an overtime win over RPI just last weekend. Even with the hot streak, the Big Green have the third worst offense in college hockey at 2.06 goals per game which is good for the worst in the ECAC. Some of the younger players have stepped up recently in Will Graber (3 goals, 5 assists), Quin Foreman (3 goals, 4 assists) and Matt Baker (5 goals, 1 assist). Seven of their top ten scorers are underclassmen which may bode well for the future. Corey Kalk and Kevan Kilistoff lead the team with 9 points apiece. Junior Alex Jasiek is second on the team with 8 points. The power play has been a struggle this season at 11.48% (7-of-61) good for 56th nationally. Quinnipiac has a strong penalty kill at a shade over 85% (74-of-87) good for 13th nationally.

Dartmouth is ranked 48th nationally in defense at 3.31 goals per game. Its a half a goal improvement since the last time Quinnipiac faced them. Seven times this season, Dartmouth has given up four goals per game. Connor Yau is one of the Big Green's better defenders but there is not one player back there that is a plus. Freshman Brandon Less is an even player with 3 assists in 15 games played this season. The penalty kill has gotten better to just a shade over 80% (46-of-57) good for 33rd nationally. Quinnipiac's power play has been bad maybe one of the worst it has been in years. They are 57th nationally at 11.39% (9-of-79). Only Arizona State, Alaska and Yale are worse than Quinnipiac on the power play.

Devin Buffalo is the entrenched starter and he did not play against Quinnipiac last time out due to injury. He has played well at times in the the last six games in which Dartmouth has gone 3-2-1. On the season he is 5-5-1 with a 3.04 goals against average and a .905 save percentage. Expect him to start on Friday night against Quinnipiac though it wouldn't surprise me if Adrian Clark who shutout Quinnipiac in the previous meeting gets the nod as he was very solid in that game.

Quinnipiac has played better in conference play since starting 0-4 going 4-2-1. They played well at times last weekend and probably could have beaten Cornell if it had some scoring. With a challenge looming the following day against Harvard, getting a win to start the weekend is a must.