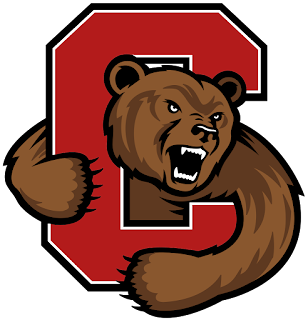 On the second leg of a trip to frigid update New York, Quinnipiac heads to #5 Cornell to face the Big Red. The Bobcats have a five game winning streak at Lynah Rink and hold a 9-8-1 all-time record at the Big Red's historic home rink. Earlier this season back in November, Cornell edged out Quinnipiac 2-1 on the Bobcats home rink. The Big Red are off to a strong start this season at 12-2 (6-1 ECAC) and have positioned themselves nicely for the NCAA tournament come March if they continue to play as well as they did in the first half of the season. They are also 8-1 this season at Lynah Rink with its only to ECAC leader Clarkson.

Cornell has the 3rd best offense in the country at 3.86 goals per game which is also the tops in the ECAC. Trevor Yates is by far their most dangerous offensive player so far this season with 16 points including 10 goals with 4 of them coming by way of the power play along with 2 game winning goals. He is a player that Quinnipiac cannot let have his way against them. Three other plays are in double figures in points in Jeff Malott (14 points), Alex Rauter (12 points) and Morgan Barron (12 points). Other players of note that can hurt Quinnipiac are Anthony Angello (11 points) and Mitch Vanderlaan (7 points). Cornell also has a solid power play at 21% (14-of-67) which is 20th nationally. Both Yates and Alec McCrea lead the team with 4 power play goals apiece.

The Cornell defense is a major strength for Mike Schafer's team. They give up 1.79 goals allowed per game which is second nationally only behind Clarkson (1.35 goals allowed per game). Brendan Smith (plus 17) and Alec McCrea (plus 12) have been defensive cogs for the Big Red. Sophomore Yanni Kaldis has been his solid self and freshman Alex Green has 6 points and is a plus 7. They play very sound as a unit and don't make a ton of mistakes. The Big Red penalty kill is pretty solid at 80.7% (46-of-57) good for 32nd nationally and with the Quinnipiac power play not very good this area would favor Cornell in my opinion.

Freshman Matthew Galajda has gotten the bulk of the work load in the first half going 8-2 with a 2.10 goals against and a .910 save percentage. He was strong in his prior match-up with Quinnipiac making 28 saves in a 2-1 win in Hamden in early November. His backup, senior Hayden Stewart given Cornell some strong play and has started the past three games for the Big Red. He is 4-0 with a 1.01 goals against average and a .956 save percentage. With the way he has played in the last three games, it looking like he is the one who will face Quinnipiac.

This game will be a challenge for Quinnipiac as Cornell is one of the hottest teams in the country playing at home where they have been strong all season long. With the way both teams have played this year getting a single point tonight would be impressive but a win would be a major surprise and big for the confidence of the team in the second half.