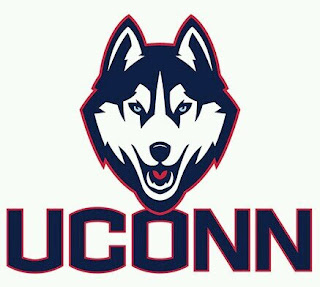 The second half of the 2017-2018 season begins with Quinnipiac in an unfamiliar position being four games under .500 with a 6-10-2 record after the first half of the season. Not much went right for Quinnipiac after a 3-1-1 start as the offense could not find any consistency with the team lacking a lot of scoring with their forwards. This has caused the defense to try to pick up some offensive slack causing defensive lapses which is putting more pressure of the goaltenders.  The Bobcats open the second half of the season with three games this week starting with the Connecticut Huskies on Tuesday night. UConn has won 5 of its last 7 games and has wins over Northeastern, Maine, UMass and Colgate this season. They come into this game with a record of 8-12-2

UConn is a team that has also had some inconsistencies on offense. Offensively they are tied for 39th in the country with Minnesota in goals per game at 2.73. Eight times this season they have put four or more goals in during a game. The problem is the consistency just isn't there from game to game much like Quinnipiac. Maxim Letunov is by far the best player for the Connecticut Huskies. He exploded on the scene in 2015-16 with 40 points as a freshman and has 19 points in 22 games this season. Alexander Payusov has 9 goals (14 points) and Jesse Schwartz has 7 goals (11 points) as the two leading goal scorers for the Huskies. Senior defenseman Johnny Austin has 16 points as the teams second leading scorer. The Huskies power play is something to watch out for as they are 20th nationally at 21.05% (20-of-95). Staying disciplined is a must for Quinnipiac. UConn is also a better face-off team than Quinnipiac so it will be important for the Bobcats to win key face-offs especially in their own defensive zone.

Defensively UConn has been about average this season giving up 2.82 goals per game good for 26th nationally. There have been games where they have looked good giving up very few goals and other games where they have gotten their doors blown off. If the UConn defense of the past 8 games shows up then it could give a lot of problem for Quinnipiac. The Huskies have some talent back on the blue line including three NHL draft picks in Miles Gendron, Joseph Masonius and Phillip Nyberg. They have good veteran experience in captains David Drake and Derek Pratt along with fellow senior Johnny Austin. The size of the Huskies blue line is impressive with the majority of the players 6'2 or above. The penalty kill is solid at 80.22% (73-of-91) which good for 36th nationally.

Goaltender Adam Huska has been solid this season. The 2015 7th round pick of the New York Rangers has played in every game this season for Huskies. He has been very strong in the last 8 games giving up on 13 goals. The 6'3, 200 pound Slovakian born goaltender is a big, athletic and highly competitive goaltender who has represented his country in the World Junior Championships in 2015 and 2016. He will provide another tough challenge to a Quinnipiac offense that has not been able to score much this season.

This is a tough stretch of games for Quinnipiac with their next seven away from Hamden with tough road games against Colgate, Cornell and Harvard in this stretch. The stretch of games on the road will tell us a lot of where this team will go in the second half of the season and if we can expect a turnaround from its first half struggles.