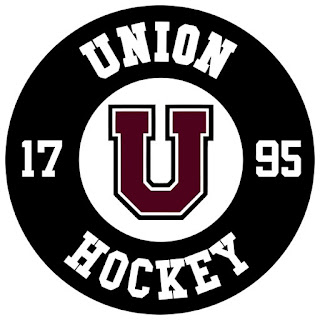 Quinnipiac returns home after a short road trip where they lost to Yale for the first time since 2013 and rebounded with a win at Brown on Saturday. In what could be the final home games of season should Quinnipiac not finish in the top 8, they welcome in Union on Friday night before the senior night festivities on Saturday against RPI. The Dutchmen have had a solid season and are currently tied for second place with Clarkson. They have done a bit better than their 6th place projection in the ECAC coaches and media polls and that is a testament to what Rick Bennett has built in Schenectady.

The Union offense has been solid this season to a tune of 3 goals per game and that is without their two best freshman recruits [Jack Adams and Parker Foo] combining for 4 goals and 16 points. They have five players with 20 points or more including leading scorers Ryan Scarfo and Cole Maier who have 29 points apiece. Sebastian Vidmar is having a bit of a down year without Spencer Foo or Mike Vecchione but still has 28 points. Brett Supinski has 24 points while sophomore Anthony Rinaldi is second on the team with 14 goals. Union does a real good job of finding players to replace past stars and don't seem to miss a beat. A lot of it is the coaching and recruiting the right players but the Union staff seems to put this team in position to win year after year. They are an excellent power play team at 21.58% (30-of-139) which is the 3rd best among ECAC teams behind Clarkson and Princeton.

The defense which many thought would struggle has stabilized to a tune of 2.59 goals per game which is 18th nationally but 5th among ECAC teams. J.C Brassard has 18 points and is a plus 7 while Vas Kolias (16 points, minus 3) and Greg Campbell (14 points, minus 3) have been solid this season. The big addition has been freshman Joseph Campolieto who has 7 points along with being a plus 12 and leads the team in that category. He is a big reason along with another freshman in Brandon Estes in why the Union defense has been solid this season. The penalty kill of Union is about average at a shade over 80%. This is where Quinnipiac needs to take advantage on the man advantage and while the Bobcat power play hasn't been anything special this year its been very solid of late and could help them win an important game over a good opponent like Union.

The goal-tending has seen both sophomore Jake Kupsky (19 games) and freshman Darion Hanson (14 games) play a lot this season. Both have put up similar numbers in terms of goals against (2.32 for Hanson vs. 2.47 for Kupsky) and save percentage (.908 for Hanson and .918 for Kupsky). The biggest difference is the 10-4 record that Hanson has compared to the 8-9-1 record for Kupsky. Quinnipiac saw Hanson when they played up at Union back in November and he gave up only 1 goal in a 4-1 win. To me either goaltender is worthy of a start in this game and would be a challenge for the Bobcats.

With 4 games left on the ECAC schedule, Quinnipiac needs all the points they can get in order to get a home playoff series. This is clearly the tougher of the two weekend games on Friday against Union but they clearly need to come away from this game with at least a point or two before they head into senior night on Saturday.