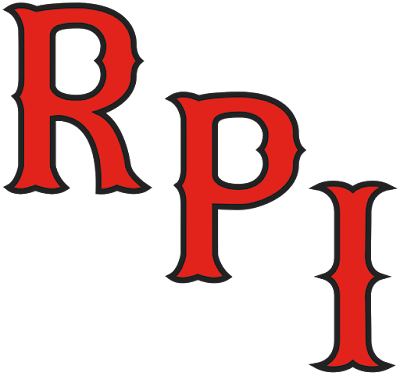 The last time these two teams met Quinnipiac was a ranked team and had expectations of being one of the top teams in the ECAC this season. Fast forward three plus months and Quinnipiac is currently in a fight to just get home ice in the ECAC playoffs not something that anyone thought would happen when the season begun. RPI has really struggled at times under first year coach Dave Smith and they might not reach the win total they had a season ago under former coach Seth Appert. They have had wins over a ranked Quinnipiac team at the time, Yale and recently upset #1 Cornell on the road and started the season with two ties against current national ranked team Ohio State so there are steps in the right direction. Quinnipiac and RPI are both coming off loses on Friday night to Union and Princeton respectively.

The Engineer has been really bad for pretty much the entire season though they did score five times in a win over Quinnipiac earlier this season. At 2.13 goals per game they are the third worst scoring team in the country. 31 games into the season and they don't have a single player with double digit goals scored. The two best forward for RPI are Jacob Hayhurst (19 points) and Evan Tironese (15 points). They have a couple of freshman in Emil Ohrvall and Billy Jerry who each have 11 points. RPI has three defenseman in their top six in scoring which shows how much they lack at the forward position. The RPI power play is not a strength converting on just 12.8% of its chances (16-of-125)

Defensively they are the third worst defense in the country at 3.58 goals per game. The last two games have seen them give up 14 goals. Collectively the team is a minus 65 on the blue line. Not one defender is a plus player. They started out the season pretty good on defense as well in the first month of the season highlighted by a pair of 1-1 ties against nationally ranked Ohio State. Things have come apart since then where they have been many games where they haven't defended anyone. The senior captains on defense in Mike Prapavessis and Jared Wilson have contributed offensively but really have struggled defensively. I wonder if the lack of scoring by the RPI forwards is contributing to the struggles defensively as it forces the defenseman to play more offensively to make up for the lack of scoring. This is similar to what Quinnipiac has gone through this year as well. On the penalty kill, RPI also has not done its job killing off just under 77.5% (96-of-124) of penalties.

Freshman Linden Marshall has supplemented Chase Perry as the starting goaltender. The Victoria, British Columbia native has a 3.32 goals against average and a .903 save percentage in 23 games played sporting a 4-15-2 record. He's got good size in net at 6'3, 195 pounds. Marshall had his best start of the season February 3rd when he gave up one goal in a stunning upset of then #1 Cornell on the road at Lynah Rink. In his last two starts he has given up a total of 14 goals. He didn't face Quinnipiac in their last meeting so it will be up to Quinnipiac to watch the film on studying Marshall should he start again.

For Quinnipiac this is a must win if they want to finish in the top 8 of the ECAC for home ice. A win by RPI not only dampers senior night but would pretty much keep Quinnipiac out of the top 8 depending on other results around the league.