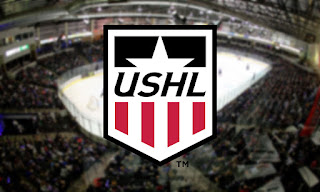 Off the board first was Connecticut native Matthew McGroarty of the Brunswick School who was selected in the third round, 32nd overall by the Madison Capitols. McGroarty is expected to return to the Brunswick School for his junior season before possibly making the trek to the junior ranks the following season.

Jack Silich was another Bobcat commit selected in the third round, 41st overall by the Youngstown Phantoms. Silich played this past season for the Chicago Mission program putting up over 100 points on the season. He was also a 6th round OHL Draft pick of the Flint Firebirds but from sources he plans to stick with the college route. Its unknown what his plans are for next season but its possible he will go to the Youngstown camp to try to make the team.

In the fourth round saw Jonah Copre a teammate of Silich with Chicago taken by the Waterloo Black Hawks with the 59th pick overall. A recent convert to defense, Copre is expected to spend another season with the Chicago Mission.

Day two saw Christophe Fillion selected by the Lincoln Stars in the third round with the 40th overall pick. He currently is with the Wenatchee Wild with fellow Bobcat commits Cristophe Tellier and PJ Fletcher but Fillion has been tied with Tellier back to their days in Quebec and to the Iowa Wild AAA program. I think Fillion will remain with a quality Wenatchee program to finish his last year of development.

One surprise saw 2003 born defencemen Oscar Plandowski taken in the Phase II portion of draft in the 10th round, 141st overall by the Green Bay Gamblers. He is someone I expected to be drafted on the first day of the draft not halfway through the second day. Plandowski should be returning to the South Kent Selects U-16 program. However I do expect him to be taken in the upcoming QMJHL draft and the hope is he is not a flight risk due to his second day draft status in the USHL.

Artyom Borshyov was selected in the 15th round with the 224 overall pick by the Youngstown Phantoms. Borshyov played ten games this past season for Tri-City before returning to the Northern Cyclones of the NCDC. He is someone I would expect to try to make the Phantoms roster out of training camp much like he did with Tri-City a year ago.

Current Quinnipiac Bobcat Matthew Cassidy was taken in the 17th round, pick 254 by the Youngstown Phantoms which signals he will not be returning to the program in the fall. The Medford, New Jersey native saw action in 15 games with no points and 10 penalty minutes. Best of luck in the future to Matt.