Breaking down the NCAA Tournament 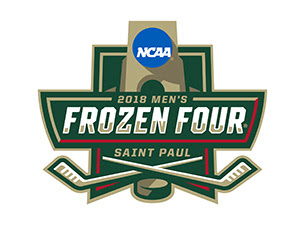 Even with the Quinnipiac season over for the past  the college hockey season continues and thus we have reached the point of the 2018 NCAA Tournament. We have gone from 60 teams to 16 and after this weekend we will be down to the Frozen Four which will commence April 5-7 in Saint Paul, Minnesota. I am going to breakdown each regional and give my Frozen Four picks. In two weeks I will break down the Frozen Four but for now here is my picks and they will probably be wrong.

This is a bracket that is really wide open in my opinion with possibly any of these teams reaching Saint Paul. #1 seed Cornell and Boston University already met once this season at the end of November with the Big Red holding off a Boston University comeback to win 4-3. Both teams have been smoking hot since the turn of the calendar with BU going 13-3-3 in the second half of the season en route to a Hockey East tournament championship. Cornell won the Cleary Cup as the ECAC regular season champions but were stunned by eventual tournament champion Princeton in the semifinals in Lake Placid. Both teams can play a heavy game but BU has the higher end talent but is really a top heavy team while Cornell has much more depth. If some of the lesser known players show up for BU then watch out. Brady Tkachuk and Jordan Greenway have the ability to dominate down low. Cornell's defense and goal-tending have been elite this year and are the key to their success. BU is a different team than the one that played Cornell back in November and that is going to make a difference. I have Boston University returning the favor and knocking out #1 Cornell.

Northeastern is a top heavy team with Gaudette, Sikura and Stevens making up 58% of the teams goals scored. You let them score and they are more than likely going to beat you. Northeastern has the better goal-tending with Cayden Primeau leading the way with a 1.88 goals against average and a .932 save percentage. Michigan has a lot of offensive balance with seven players with 20 or more points including two with 40 or more points. Where they struggle is on defense and in goal and against Northeastern that could be a recipe for disaster. Overall I think Northeastern is the better all around team and playing close to home will help and there is just something special about this team this year. Northeastern moves on to the regional final.

While Northeastern has won three games against Boston University this season and its always tough to win that consistently against any opponent the games have not been close. The Huskies have three elite scorers and a goal-tender that has been excellent this season. They have been one of the best teams in the second half and that is going to carry them to Saint Paul.

After slumping towards the end of February with four losses in their final five regular season games, Notre Dame rebounded to win the Big Ten tournament championship in overtime over Ohio State. The Irish have good scoring balance with six players with 20 plus points and a sophomore goaltender in Cale Morris that has been dominant this season. After playing .500 in the second half in the WCHA, Michigan Tech went 5-1 in March en route to the tournament title over Northern Michigan. The Huskies feature eight players with 20 points or more. Goal-tending is likely the biggest issue for Michigan Tech as they have played three players throughout the season. Junior Patrick Munson was strong in the final three tournament games against Minnesota State and Northern Michigan to help win the title. Despite the February swoon Notre Dame has been one of the best teams in the country and I see them moving on against Michigan Tech.

Clarkson and Providence is a rematch from earlier this season when the teams met in October in Potsdam and in November in Belfast. Both were wins by Clarkson, who at that time was rolling. The Golden Knights went 1-4-3 in the month of February before rebounding to advance all the way to the ECAC Championship game where they lost in overtime to Princeton. Still the struggles of February give me some pause on Clarkson. They have some talented scorers but seemed to cool off a bit until the conference tournament. They are also a team that is in the NCAA tournament for the first time in 10 years while Providence has made it the last five years. Experience sometimes does matter. Nate Leaman has won a national championship and this team has solid offensive balance, a good defense and solid goal-tending in Hayden Hawkey. I can't see Providence losing three times to Clarkson so I am going with the Friars in this one.

Notre Dame and Providence in a regional final is a heavyweight match up. Both coaches have won past national championships though Jeff Jackson won his two championships back in the early 1990's with Lake Superior State. The Irish were a wire to wire champion in the Big Ten and have the much better goal-tender in this game. There is no doubt they want to get back to the Frozen Four to erase the memory of the 6-1 beating they took in the national semifinals a year ago to Denver. Notre Dame uses strong goal-tending to edge Providence for a trip to Saint Paul.

Ohio State has had one of the best seasons in their program history and has reached the NCAA tournament in back to back seasons for only the third time in program history. The Buckeyes have a trio of 35 point plus players in Tanner Laczynski, Mason Jobst and Matthew Weis along with a solid goal-tender in Sean Romeo. The one concern about Ohio State is they really didn't beat any one in their non conference schedule that was any good and built their resume strictly on the Big Ten schedule this year. No team had a four year turnaround as the Princeton has. The Tiger are a team that ran off a 6-0 run in the ECAC tournament en route to its first conference championship and NCAA berth in ten years. They are loaded offensively with two 50 point scorers in juniors Max Veronneau (55) and Ryan Kuffner (52) who has 29 goals alone. They have four more players with 30 or more points and have started to play well on defense and in goal with freshman Ryan Ferland. Ron Fogarty's team is a confident bunch and one of the hottest teams going into the NCAA tournament and a nightmare to face on the ice. I'm sensing an upset here of Ohio State as this a Princeton team that tied St. Cloud State twice in December before they started to get rolling and the freight train is not stopping yet especially when this game is 90 minutes from the Princeton campus.

Denver and Penn State is a rematch of the regional final a year ago which Denver won 6-3 en route to a national championship. I am not liking Penn State's chances in the rematch either. Despite the game in their home state and Penn State being the host school I think Denver is the much better team overall. While Penn State has a solid offense with six players in double figures in goals the goal-tending is too suspect for me to say this team can win a game in the tournament against a championship team like Denver. The Pioneers boast three players with 40 points or more along with a quality defense and strong goal-tending in senior Tanner Jaillet. They also have the experience of being in the past two Frozen Fours and having won it a season ago in Chicago. This team looks locked and loaded again after winning the NCHC tournament title and they won't be losing to Penn State here.

I love everything about what Princeton has done this season as the young and hungry upstart but I can't see them beating a team like Denver that is trying to become the first team to repeat as champions since the Pioneers did it in 2004 and 2005. There is too much talent and experience on Denver and its going carry them to Saint Paul.

This is effectively the Minnesota regional that is being played in Sioux Falls, SD. #1 St Cloud is looking to get back to the Frozen Four for the first time since 2013 in Pittsburgh. This is a very talented team with the top eight scorers on the roster all having 20 or more points and none of them are seniors which means that if they all return next season this team could be the likely preseason #1 team. This is a team that scores 3.66 goals per game. They have five players with 10 or more goals this season. Only two of the eight losses this season have been of the bad variety (Miami & Western Michigan) and the one of those losses was in overtime in the second games of the NCHC playoffs to Miami. Air Force finished third in the Atlantic Hockey regular season but won the conference tournament when Robert Morris upset Mercyhurst in overtime in the semifinals. This is the 7th NCAA appearance for the Falcons since 2007 as Frank Serratore has done a great job in Colorado Springs. Air Force lacks elite scoring and only scores 2.68 goals per game so they are going to need some breaks. They have a solid goal-tender in Billy Christopoulous who they need to be big against St. Cloud in order to have a chance at an upset. They will play hard but it won't be enough as I see the Huskies winning this game fairly easily against Air Force.

Minnesota State and Minnesota-Duluth is a rubber match, as these two teams split a pair of non conference games each of them winning at home. Minnesota State is a very good offensive team scoring 3.87 goals per game and has six players with 35 points or more along with six players with 10 or more goals this season. They are also very good defensively at 2.07 goals per game with senior Connor LaCouvee having a 1.76 goals against average. Mankato is a two and half hour drive to Sioux Falls so there should be a lot of support for the Mavericks. Duluth has been average offensively at a shade over three goals per game. The leading scorer for the Bulldogs is freshman defenseman Scott Perunovich with 35 points. Riley Tufte and Joey Anderson are Duluth's high draft picks who will need to step up if Duluth wants to advance to the regional final. Sophomore Hunter Shepard has been very good in goal with a 1.98 goals against average and a .924 save percentage. Minnesota State has been the more consistent team this season and probably would have been seeded much higher if they didn't lose in the WCHA semfinal series to Michigan Tech. They are also chasing their first ever NCAA win at the Division 1 level and I see that happening this time around. Mankato gets the job done against Duluth and moves to the regional final.

St. Cloud and Mankato split a pair of meetings with each winning easily on the other teams home ice. This should be an excellent well played game and probably one of the better regional finals we could see and I think that St. Cloud edges Minnesota State in overtime to reach Saint Paul.